The content marketing agency used Appinio to find out how brands can get a lot of attention with influencer marketing.

14- to 35-year olds in Germany; representative

The advertising industry has been undergoing rapid change for years. Digitisation and rapidly changing lifestyles make traditional advertising methods such as TV spots or billboards unnecessary. However, one element is becoming an indispensable part of a business marketing strategy: influencer marketing.

Influencers are people who connect with other people through digital communication channels such as social media or blogs, share their life with them, impart knowledge to them and inform them about consumer trends. Influencers are the direct line to a brand's target group and their influence is growing. They have a huge influence, especially on the younger generation who are always online.

As a content marketing agency, fischerAppelt follows advertising trends and analyses their potential as the basis for future strategies. It is essential to know the opinions of young people on the subject of influencer marketing. For this reason, fischerAppelt collaborated with the market research platform Appinio for target group analysis.

Specifically, fischerAppelt wanted to know how credible advertising through influencers is for young people, how receptive they are to influencer marketing, and what the downsides of this advertising tool are. The agency was able to get in touch with its target group directly through Appinio and get their opinions.

Which consumers are receptive to influencer advertising? What about the acceptance and credibility of the tool?

With the help of Appinio, fischerAppelt wanted to know what young Germans think of influencers in order to adapt its future marketing strategies.

fischerAppelt interviewed 1,000 people aged 14 to 35 in Germany via Appinio. The survey was representative in terms of age, gender and region of residence of the target group. In Appinio's self-service market research tool, fischerAppelt independently created a survey. Different types of questions were used, such as multiple-choice questions, preference sliders, and Likert scales. After fischerAppelt created the survey, it was reviewed by an Appinio market research consultant and sent directly to the field through the app.

As soon as the questionnaire was sent out, fischerAppelt was able to follow the results live via the Appinio dashboard and after just a few hours, 200 participants had responded to the survey. The desired number of 1000 representative participants was reached after 48 hours.

Once the investigation was complete, fischerAppelt began to analyse the results independently using Appinio's interactive dashboard. To discuss the results within the team, fischerAppelt was able to upload the data and graphics to PowerPoint and in PDF format.

The results of the Appinio study provided fischerAppelt with in-depth information and concrete figures on the acceptance and credibility of influencer marketing. What fischerAppelt now knows above all else: authenticity is key!

Men and women have different preferences: women use influencers as a source of inspiration (56%), while men above all want to be entertained (64%).

In addition, they are demanding. 61 percent lose interest if influencers advertise too much. Credibility is therefore the most relevant characteristic of influencers. fischerAppelt now knows exactly what is important to the target group of influencers and will use this information to align future marketing strategies for its clients. 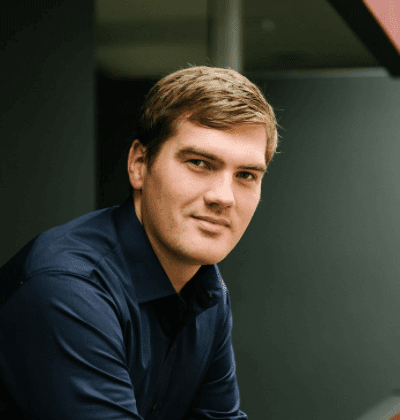 „Appinio is an ideal tool for us to obtain representative information on topics and trends in our evolving industry.“